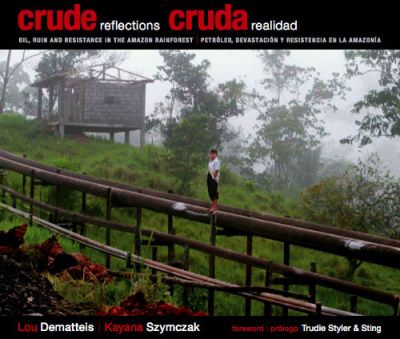 Crude Reflections/Cruda Realidad chronicles the human and environmental impact of oil drilling in the Ecuadoran Amazon, where the pollution is so extensive that medical experts currently predict thousands of deaths from cancer and the disappearance of five indigenous rainforest communities. Community leaders and doctors already report elevated rates of cancer in the region, as well as birth defects. Photographers Lou Dematteis and Kayana Szymczak have documented the physical and emotional reality of those affected by this toxic contamination, roughly 30 times greater than the more widely reported Exxon Valdez spill.

While the images and testimonies of victims are a central component of the story, the book also documents an uplifting campaign for justice, culminating in a landmark legal case now being adjudicated in Ecuador. This is also the story of a campaign to preserve the as-yet undeveloped southern Amazon, where several indigenous nations are fighting to keep oil drilling off their lands and out of the region. While focusing on one geographic region, Crude Reflections makes a statement about the need for safe environmental practices and the importance of preservation in the Amazon basin and throughout the world.

In Texas, its native land, Texaco could not have gotten away with the things it has done here; the practices have been outlawed since 1939. In the Ecuadoran Amazon, however, with total impunity Texaco has been allowed to vomit billions of gallons of poison onto lands, rivers and people for a quarter of a century. 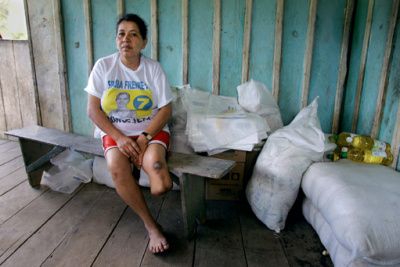 EcoJustice: Coming to Ecuador, with or without Chevron, Daily Kos (August 23, 2010) 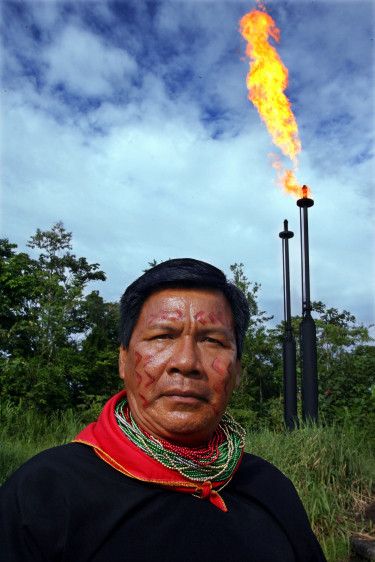